You are here: Home1 / AED2 / Key To Cardiac Arrest Survival 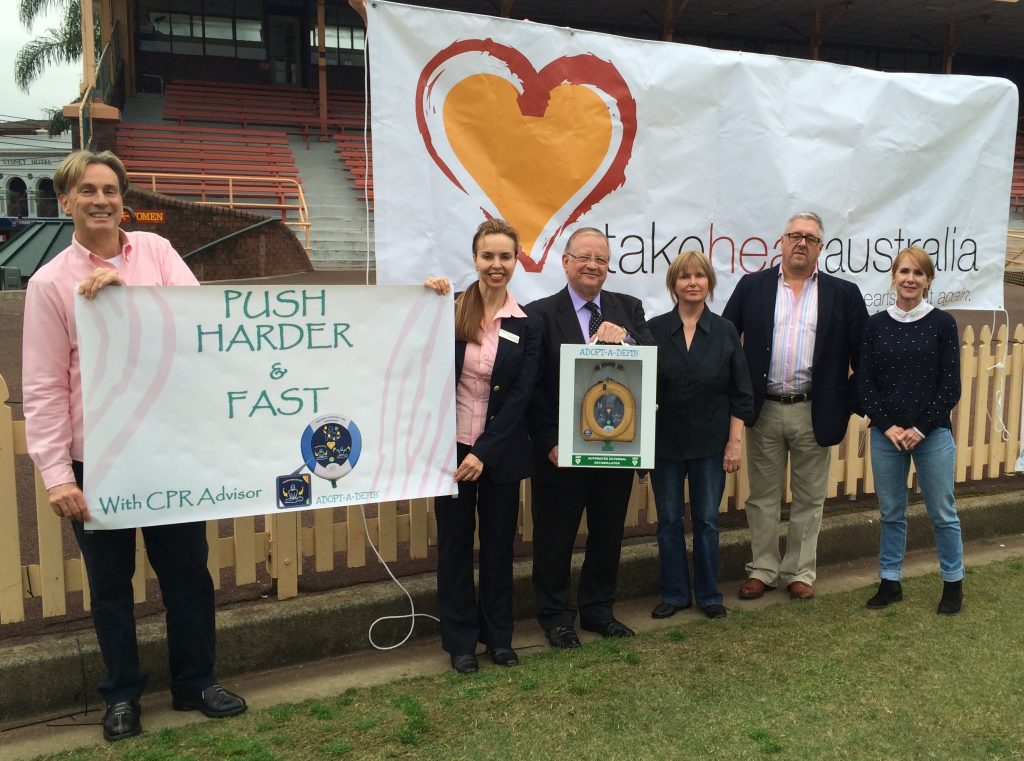 Our client, Cardiac Arrest Survivor, John Lucas had no history of heart problems. Yet earlier this year he found himself in an intensive care ambulance on his way to Royal North Shore Hospital, having just suffered a sudden cardiac arrest at his family home.

John, of course, has no memory of this. But his wife and son do, because they’re the ones that saved his life.

Cardiac arrest occurs when the heart suddenly stops working, and can be caused by a number of things. In John’s case, it was likely the result of an anaphylactic (severe allergic) reaction to something he ate earlier that day, but his doctors can’t be sure.

It’s a situation people face more often than you may think. Around 30,000 Australians suffer a sudden cardiac arrest (SCA) every year, and on average, only one in ten survive.

No matter the cause of SCA, one thing always remains the same – what happens in the first five minutes holds the key to survival. For John, the quick-thinking actions taken by his wife and son are the reason he’s still alive today.

As a requirement of her work in childcare, John’s wife Elizabeth receives First Aid training every year. Of course, practicing CPR in the classroom and performing it on someone you love are two very different things, but it meant she knew what to do when her husband collapsed on their bedroom floor. With the ambulance on the way, she began chest compressions and told her son to get the automated external defibrillator (AED) she had purchased a few years earlier.

An AED isn’t your usual common household item, but for John and Elizabeth it was an essential one. They bought it after one of their sons was diagnosed with ventricular tachycardia, a heart condition that can result in sudden death. Having the device at home gave the couple peace of mind – they would have never forgiven themselves if one day something happened without it, knowing what they knew about his condition.

While they hoped a day like that would never come, not once did they imagine John would end up needing the life-saving piece of equipment. AEDs usually work by delivering a shock to the heart, restarting it so it can beat at a normal rhythm again, but John’s heart wasn’t actually in a shockable rhythm. How it did help was by measuring the effectiveness of Elizabeth’s CPR, giving her feedback to ‘push harder’, until she was able to get her son to take over. According to the paramedics and doctors, it was high-quality CPR that bought John time – ultimately saving his life.

Had Elizabeth and her son not been home, and had they not had access to the Defibrillator, it’s likely John would have faced a very different outcome – one the couple doesn’t want anyone to have to deal with. They believe there needs to be Defibrillators in sporting clubs and venues, where they have the potential to impact the lives of not only the players, but anyone attending their matches.

Thanks to John, one sporting organisation that, as of recently, does have a Defibrillator is Northern Suburbs Rugby Club, one of Sydney’s most historic rugby union clubs. The device was donated by Adopt-A-Defib™ and HeartSine, as part of the pay-it-forward program Forward Hearts®.

Adopt-A-Defib™ is a non-profit initiative of Training You First Aid, who attended Take Heart Australia Day last year and are keen supporters of our goals to make defibrillators widespread and accessible and to increase the number of citizens trained and willing to provide CPR. They invited us along to the donation at North Sydney Oval last month, where we were able to see the defibrillator go to its new, worthy home. 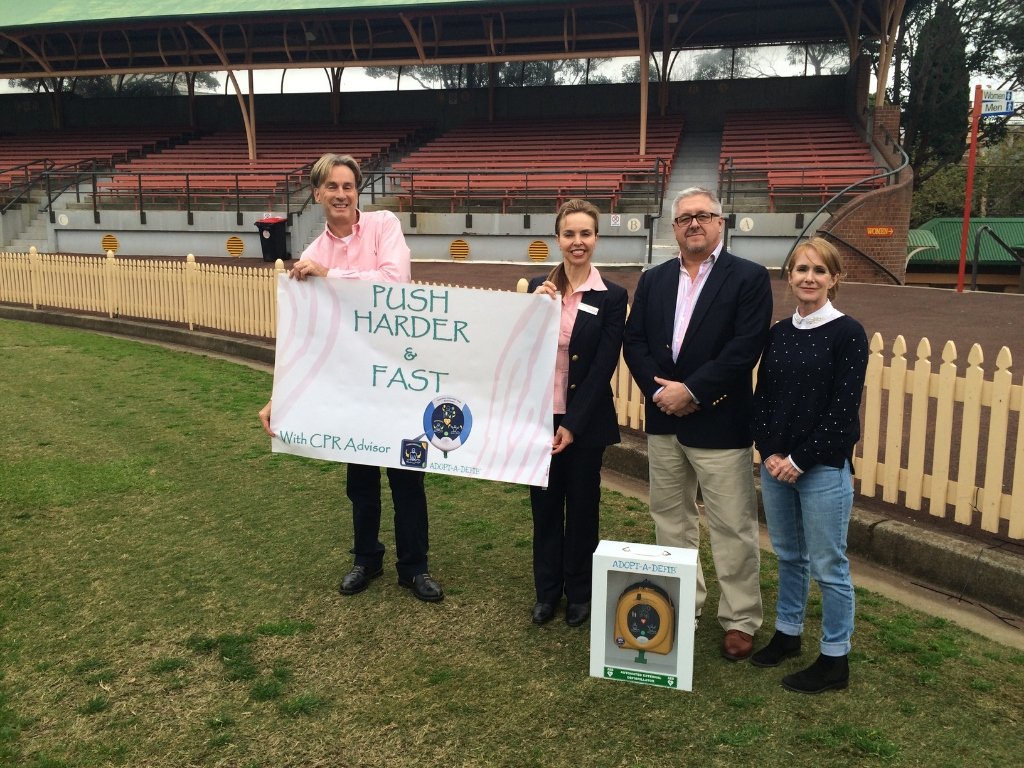 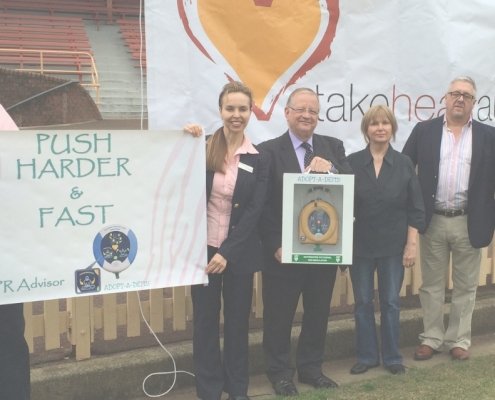 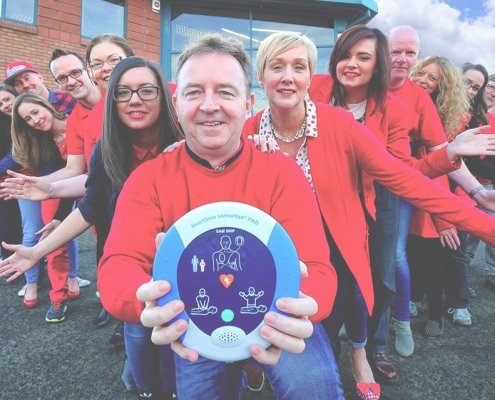 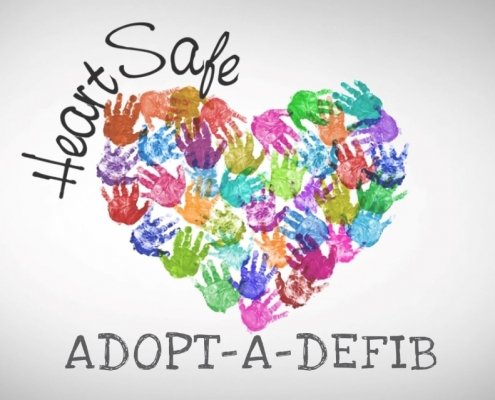 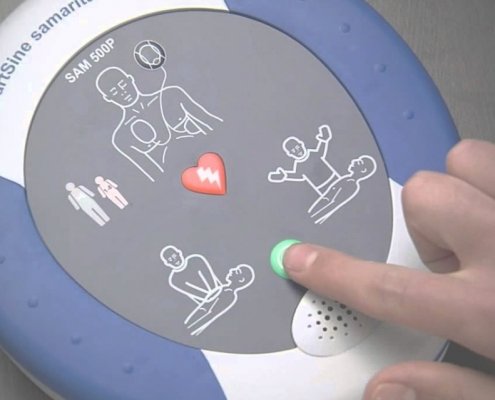 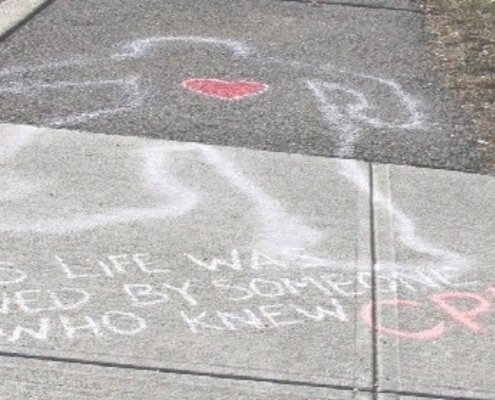 “Defibrillators and CPR increase survival rates from out-of-hospital cardiac arrest. Adopt-A-Defib is a lifesaving initiative offering more than just the placement of Defibrillators by promoting CPR training and educating on how important bystanders are to the survival of a casualty. Turning bystanders into first responders”

Dr Wright is described as “the father of the modern NSW Ambulance” for his work with NSW Ambulance, developing protocols which not only formed the basis of today’s NSW Ambulance operations, but have been copied throughout the world.